Don’t forget to follow us on LinkedIn and get best-practices and updates from our blog.

During the COVID-19 pandemic, Israel’s non-profit sector was hit especially hard. For starters, non-profit organizations – amutot in Hebrew – base their budgets on contributions from the business sector to operate. In addition, most amutot and private initiatives rely on face-to-face interactions with the populations that they serve – and the COVID-19 has made that especially difficult. As a result, Naotech decided to assist NGOs that reached out in setting up virtual infrastructure and Zoom events. These events would help them stay resilient and get back on track. In retrospect, giving back with Zoom proved very effective.

The Importance of Remembrance

Every year in April, during Holocaust Remembrance Day, Israel pauses to reflect on the horrors of the Holocaust. The entire nation provides a collective embrace to Holocaust survivors and to families with relatives who perished at the Holocaust.

In recent years, one of the most important Holocaust Remembrance Day initiatives is led by Zikaron Basalon, an organization that hosts hundreds of events. During these events, Holocaust survivors and their families are invited to living rooms throughout Israel to share their stories. In 2020, Naotech helped Zikaron Basalon transition from in-person events to Zoom events. The results exceeded all expectations: the events’ newfound accessibility allowed thousands of new participants to join video conferences from the comfort of their own homes and to listen to personal stories and experiences.

In 2021, Naotech and Zikaron Basalon continued their partnership. But this year was even more special, as Naotech decided to host its own Zikaron Basalon event. At the event, Naotech CEO Olivier Schiffmann told his own family’s story in France during World War II, recalling how non-Jewish French families hid his family in the countryside during the atrocities.

This event paid respect to the heroic actions of the non-Jewish French families, for which they were recently declared Righteous Among the Nations (prestigious recognition by the State of Israel). In attendance were the descendants of these three heroic families. The event was broadcast in in English and French. Participants included people from all over the world, including senior Zoom executives. For many participants, this was their first ever Holocaust Remembrance event.

During the Memorial Day for the Fallen Soldiers of the Wars of Israel and Victims of Actions of Terrorism, that takes place every year one day before Israel’s Independence Day, Israelis cherish the fallen. They bow their head in remembrance of those who sacrificed their lives so that others could be protected from harm. This day is especially emotional for the families of the fallen.

Our Brothers was founded in 2017 to create and empowering community for individuals who lost their siblings in the line of fire. Prior to the pandemic, Our Brothers created face-to-face events. Since 2020, Naotech has been helping Our Brothers set up remembrance events via Zoom. We provided an ongoing support before and during the events, and this year, together with Amdocs Israel, we helped creating a sustainable interface between Zoom and a dedicated app used by Our Brothers. In 2021, Our Brothers’ Zoom-based events reached thousands of participants, exposing them to valuable experiences and discussions.

In addition, we helped the IDF Widows and Orphans Organization and Yad LaBanim, organizations that reached out to us and asked for our assistance on this special occasion.

Giving back with Zoom is much more than memorial events. In February, Naotech partnered with Dr. Edna Pasher and her staff to facilitate the Albert Einstein Hackathon. The two-day online event discussed ways in which education innovation can promote national resilience. Taking place on Zoom, the hackathon saw participants enter dozens of breakout rooms to discuss how new technological developments can help educators strengthen Israel’s social fabric. Participants included teachers, professors, business leaders and, of course, many high-school students. In addition, participants enjoyed many interesting lectures, which were broadcast live on Zoom.

Naotech was privileged to help setting up such an important initiative. If the pandemic has proven anything, it is that education and innovation go hand in hand, and when applied correctly, they can empower students, families, and entire communities. In this respect, Zoom was the ideal platform to host this hackathon. We look forward to similar events!

The high-schoolers logged on to the event via Zoom, and were provided with valuable information that will help protect their safety and the safety of others. Lecturers included racecar driver Reem Samuel, who spoke about road safety from his own unique perspective. The conference was a great success and will hopefully help preventing unnecessary car accidents among young drivers.

Giving Back with Zoom - Zooming in On a Better Future

At Naotech, we realize that we have a responsibility to help social organizations and initiatives that need us. Fortunately, giving back with Zoom has proven very effective – especially in the COVID and post-COVID eras. Zoom’s intuitive accessibility makes it ideal for hosting social events and bringing people together. As the Zoom platform continues to evolve, we will continue to empower Israeli NGOs for years to come. It’s more than an obligation. It’s a privilege! 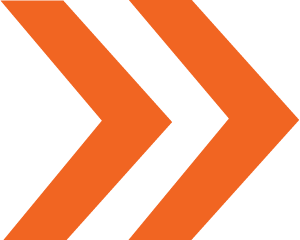 WHO’S WORKING WITH US?